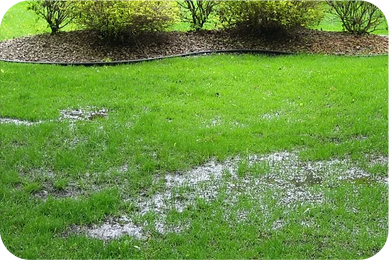 For many homeowners, understanding the state of their septic system’s drain field is like driving a car without a gas gauge, one can only guess when the moment will arrive that the system fails. Waiting until the drain field fails creates many problems, including expensive repair bills, contamination of local water supplies, and an increased risk of sickness due to bacteria being carried into the house by pets and kids. And, while basic maintenance typically insulates homeowners from having to deal with a failed field, many homes with conventional systems fail every day.

Homeowners can look for these early signs of drain field failure to mitigate the expense and hassle of a failed system.

Slow drains. Slow drains present in the house and repeated flushing needed to clear the toilet bowl are often the first sign of a failing system. Homeowners can temporarily relieve the slow drain issue by pumping out the septic tank, but once the tank fills up in a few days or weeks, these problems reappear.

Green grass. While green grass may be something homeowners can temporarily relieve the slow drain issue by pumping out the septic tank, but once the tank fills up in a few days or weeks, these problems reappear.

Standing water. A more well know, later-stage sign of clogging is water ponding on top of the drain field and in extreme cases water contaminated with raw sewage will be pooling in the field. There may also be strong odors coming from the failed septic field.

It is important to understand how wastewater gets treated in the soil before beginning to understand soil drain field clogging. As wastewater flows into the soil from the distribution pipe, aerobic bacteria in the soil treat the waste constituents. The aerobic bacteria, which usually appear as a gray, slimy layer, consume the dissolved oxygen present in the water and oxygen diffusing in from ambient air.

Over time, if the field continues to get loaded with wastewater, this biomat gets thick enough to prevent the wastewater from getting through, and this forces the untreated wastewater upwards to the surface of the field. It is this thick biomat which causes clogging of soil drain fields.

It is important to prevent flooding of soil drain fields and from either overuse or lack of proper drainage of rain water, since water buildup reduces oxygen transfer into the field and allows the biomat to get thicker and thicker, eventually clogging up the drain field.

There are several options for addressing drain field failure. The options for homeowners range from full replacement of the system and field, to installation of aerobic systems, and more advanced disinfecting systems that repair and rejuvenate the existing field.

Full System Replacement. Historically, homeowners were faced with a single, expensive, messy option for addressing a failed system: replace the drain field and install a new septic tank. This solution requires either that additional land be dedicated to a new drain field or that the existing land be excavated and replaced with a new drain field. Additionally, a new tank may need to be installed either alongside the existing tank to increase capacity or in place of the existing tank (resulting in expensive excavation and tank removal fees).

Aerobic Treatment Systems. A more recently developed solution to resurrect a failed septic drain field is to aerate the water and reduce its organic load. This would allow the water to carry dissolved oxygen into the biomat layer, causing the anaerobic organisms to die and decrease the thickness of the biomat layer. Inserting an aerobic treatment system between a conventional septic tank and soil drain field treats the water and reduces its organic load and also increases the dissolved oxygen content of the wastewater going into the soil drain field. However, an aerobic treatment system also grows suspended biomass, which can form a layer on top of the soil and within the gravel in the soil drain field and prevent water from percolating through the gravel and soil. Many aerobic systems disregard the issue with suspended biomass in the water leaving an aerobic tank and going into a soil drain field.

Advanced Treatment Units. Most recently, advanced treatment units (ATUs) have been introduced which use membranes and a disinfecting stage to prevent suspended solids from going into the soil drain field. These advanced systems also use aerobic treatment but use this membrane to produce clear treated water. Many ATUs also incorporate a disinfectant step as a last stage of treatment before releasing water into the field. When disinfected, oxygenated water is distributed into a clogged soil drain field, it reduces the growth of aerobic bacteria and allows dissolved oxygen to kill some of the thickness of the biomat, within the soil. Over time, the clogged soil drain field begins to percolate water, once the biomat thickness becomes small enough to allow water to get through at a reasonable rate.

Call or email us today to find out more about how NextGen Septic can work for you.

Note: Some states and counties may not allow the benefit of a no-leach field option despite our treatment levels. Also check local regulations on the reuse of gray water or treated water. We are working to expand approvals across the US and internationally. Feel free to contact us about your region.